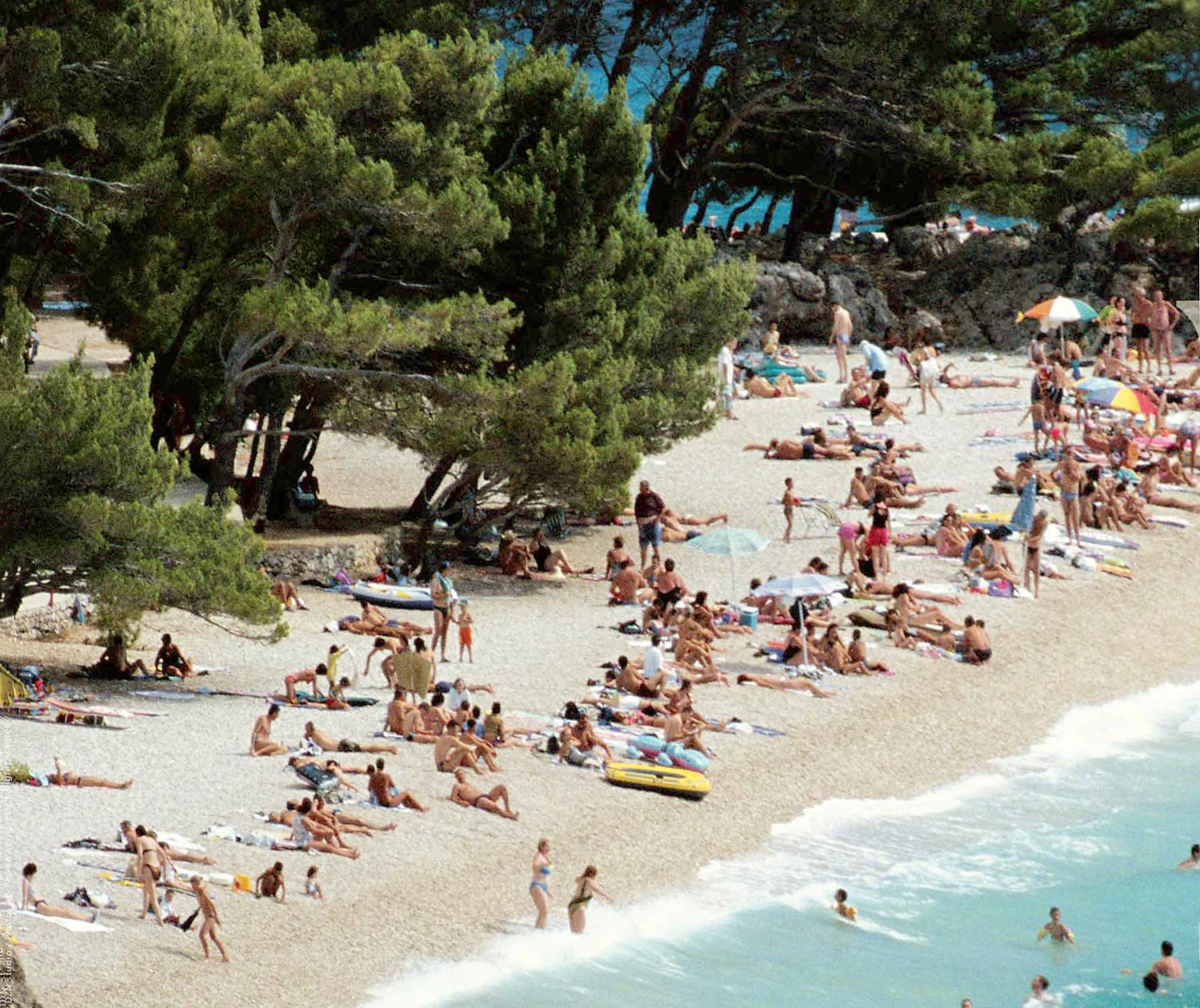 The best Croatian beaches that are featured on this page range from the well-known swimming and sunbathing spots that everyone already visited or is talking about (such as Zlatni rat on Brac island or Pakleni Islands beaches near Hvar) to hidden bays and less known coves around Croatian islands that we, as locals, visited by our own small boat.

What to expect from Croatian Beaches?

Beaches in Croatia are usually narrow stretches of pebbly or rocky areas, bays or coves, with just a few sandy spots. Beaches are often backed by greenery such as old and tall pine trees growing along the coastline, that offer a welcoming shade in the hot summer days. Although there are numerous swimming spots that are completely exposed to the sun and tend to get very hot in July and August.

The sea temperatures rise by the beginning of May so this is the time of the year when swimming is considered to start here and it lasts until the end of October. Although some people swim in the open waters all year long, it is not considered here as something which is usual.

Besides swimming and sunbathing, snorkeling is very popular along the beaches as underwater visibility is very good and ideal for such activity.

Facilities on the beaches vary – popular ones usually have toilets, showers, bars, restaurants and shops while remote spots offer no facilities including no disabled nor car access.

Below you will find the list of, in our opinion, the best Croatia beaches. They are listed randomly and the list is continuously expanding – have a look: