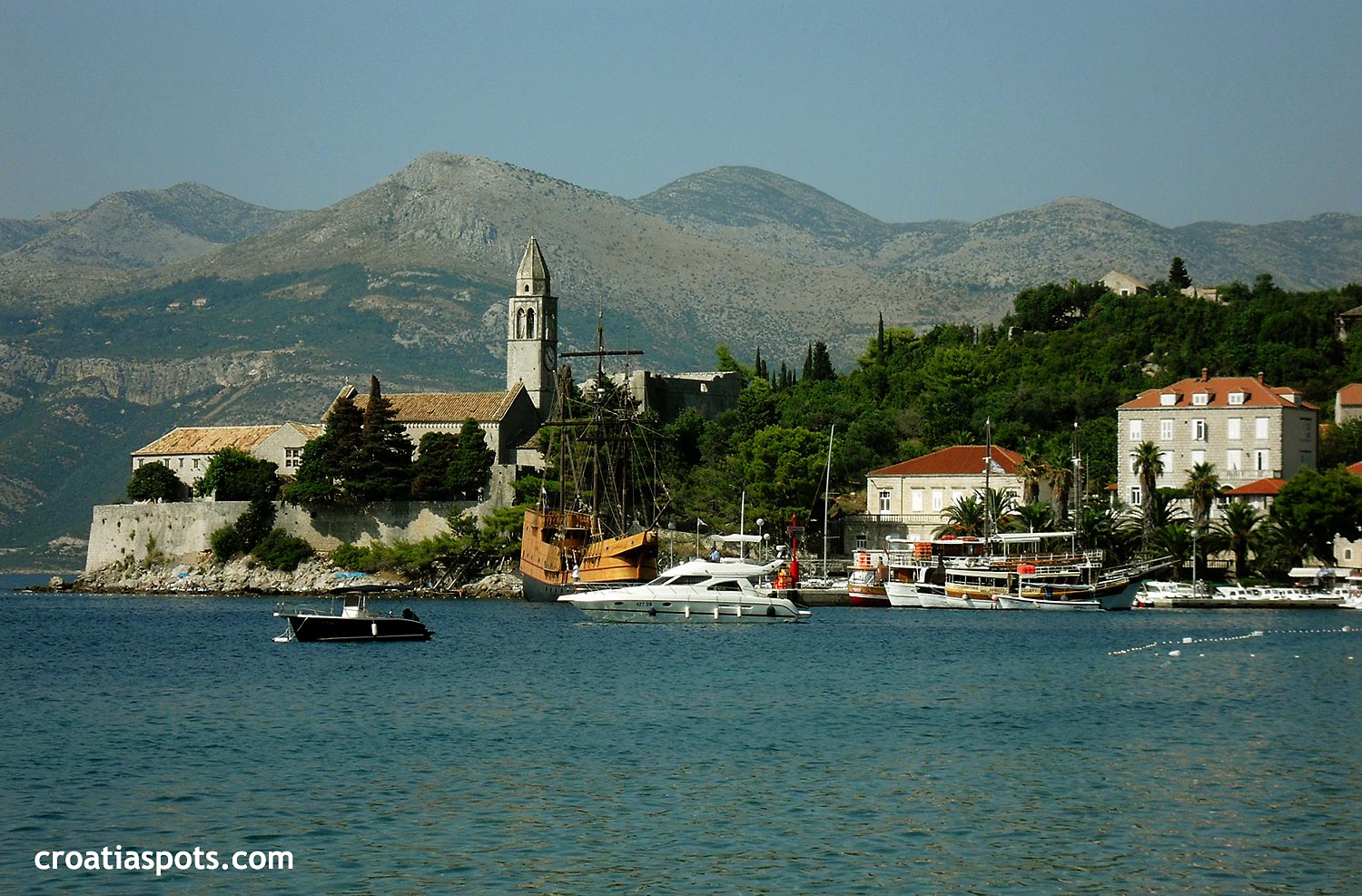 Lopud is one of the Croatian islands that belong to Elafiti archipelago, which is a group of islands just off the coast of Dubrovnik often called Dubrovnik’s islands. Located just over 7 nautical miles from Dubrovnik (about 14 kilometers), the island has just a couple of hundred permanent inhabitants. Conveniently connected with a daily ferry boat line with Dubrovnik, Lopud is one of the most popular islands to stay near Dubrovnik.

The best time of the year to visit Lopud is in Spring and Autumn. June and September are the months that are the less visited by numerous tourists as opposed to July ad August when the island gets very busy with families with children on the summer holidays. The weather is fine even better than in July and August (milder temperatures) so the activities can include hiking and other outdoor activities that are not just beach, swim, sunbath, and snorkel. The average sea temperature is still about 22°C which makes it just fine for swimming in the open waters.

Weather here in Lopud is seasonal, very similar to Dubrovnik’s weather (info), meaning spring and autumns are milder (temperatures up to 20 C) while summers (July & August) are hot with temperatures up to 40 C. Winter, early spring and late autumn (November to March) can get pretty cold here, due to recurrent & chilly Northeast Bura wind (info) that is typical for the whole archipelago, although the village and the Sunj beach are both well sheltered from Bura, still, the temperatures are much lower.

Lopud is an ideal island to visit for a day trip from Dubrovnik. It is just a one-hour slow sail by regular ferry boat from the town. I would say that the minimum visit is 1 whole day. Two days is ideal if you want to overnight here and see all the attractions and still have enough time to swim in the popular Sunj beach and do a short hike to the hill. A week or longer is for people who are after slow and long beach days.

Best Things to do in Lopud

In antiquity, the Greeks called the island Delaphodia while the Romans called it Lafota. From the 11th century onwards, the island was part of the Ragusa, the Dubrovnik Republic and from 1457 it was the Republic’s regional center and the seat of the Knez, the local Rector (or governor).

The village assumed its urban form in the 15th and 16th centuries. Towards the end of this period, it had two monasteries, some thirty churches, and a large number of summer villas, only part of which has been preserved.

At the time of the Republic, over 1000 people lived on the island and the shipowners from Lopud had their own fleet of about 80 ships.

Nowadays, you can see the ruins of the summer residence of the 16ths century ship-owner Miho Pracatand the restored Djurdjevic villa from the same period, both situated on the seashore.

The oldest buildings on the island are the ruins of some early medieval pre-Romanesque chapels of Sveti Ilija, Petar, Nikola and the better preserved small church of Sv Ivan Krstitelj with fragments of plait work carvings.

The main attraction on the island is the Franciscan monastery and adjacent church. The monastery and the cloister were built in 1483 and later strengthened by a tall wall in 1516 and a fortress tower in 1592. It was also abandoned in 1808 and recently again restored.

The church has 15th-century carved choir stalls. and the 30 meters high bell tower with three 16th century bells, that dominates the monastery complex.

Kids will love Lopud as there are no cars on the island. Sunj Beach is an ideal beach for children. It is easy to walk there, easy to get into the water, the sand is lovely to play with and it will be a lot of other kids to play with. The beach is within walking distance from the town for getting ice cream or cold drinks.

The highest peak on the island is Polacica, only 216 meters, so it is very easy to hike along any of the hiking/walking trails. The trails are well marked and suitable for beginners. A large part of the trails is shaded by old pine trees. Still, make sure you have enough water with you especially in the hot summer months. Find more details on below walking map:

There is plenty of private rooms, Airbnb’s, and apartments available in the village. As the village is pretty small, any location should be good and from most of the houses, you will have a sea-views from at least one room.

Obviously, if you are after reserving the best places to stay, make your booking as soon as you can. That particularly applies to July and August when is the busiest part of the tourist season. For the rest of the year, you should still book your accommodation in advance, but it is less busy. For current hotel prices and what is available check here

Here is some info about getting here from other places in Croatia:

Getting to Lopud from Lastovo, Split, Brac, Hvar, Korcula or Mljet

Take a fast daily ferry (April to October) from Split, Brac, the island of Hvar, Korcula, or Mljet to Dubrovnik and change there for another ferry from Dubrovnik to Lopud. From Lastovo, Korcula, and the Island of Mljet there is also in July & August, twice a week, a fast ferry catamaran for Dubrovnik. Check available ferry sailing to the island on the croatiaferries.com website as a good starting point for planning your trip to the island. Also, consult the below map.

If you are visiting Croatia for the first time:

On the above map, you can see the location of Dubrovnik ferry port from where you can take a one-hour boat ride to get you to the island as well as a location of the popular Sunj sandy beach. See also a map of all Croatian islands including Lopud. 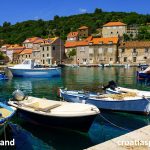 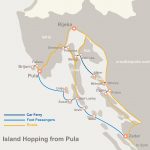 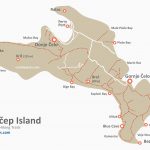 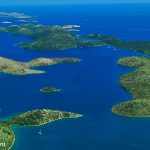