Home » Getting around Croatia / National Parks » Zadar to Plitvice Lakes

Getting from Zadar to Plitvice Lakes National Park includes a couple of options only – you can get there by bus, taxi, Uber, or private transfer. There are no direct flights or train connections between these two places. Zadar airport is the nearest airport to this lovely national park.

How far is Zadar from Plitvice Lakes National Park? The distance between Zadar city center and the entrance to Plitvice Lakes is 119 km. From Zadar Airport, the shortest distance is 117 km.

Ways to get from Zadar to Plitvice Lakes

Bus from Zadar to Plitvice Lakes

If you are traveling solo, getting there by bus is the cheapest option. Driving, taxi, Uber, or private transfer are the faster and more comfortable, but also the more expensive options, and they work fine if your party is of at least several people.

Buses from Zadar main bus terminal to Plitvice Lakes (Entrance 1) frequency depend on the season. Currently, there are at least 4 bus rides a day off-season – 2 in the morning, one midday, and one in the early afternoon. The latest bus departs at 18:15. A one-way bus ticket costs 14 Euros and you can book it in advance here. Note that an additional charge applies for each bag stored in bus storage which is about 1.5 euros per bag. GPS Location of the main bus terminal in Zadar: 44.1066, 15.2407. Its local name is Autobusni Kolodvor Zadar.

Zadar to Plitvice Lakes by Car

Driving from Zadar to Plitvice Lakes: With the shortest and fastest driving route, you can reach Plitvice Lakes from Zadar in 1.5 hours. The driving distance is 118 km (73 miles) via E71, and D1 roads (check details on the map below).

A taxi or Uber ride between Zadar and Plitvice will take you to your destination in about 1.5 hours. The current price quoted by Uber is about 160 euros. This is a good option if 3 or more people travel together, but for a single traveler, the cheapest option is a bus.

If you are arriving at Zadar Airport and would like to proceed to Plitvice, here is what to do:

If you take Uber from the airport directly to the park, it will cost you about 190 Euro for a 1 hour 20 minutes drive to Plitvice.

If you are renting a car and driving from Zadar airport, just get out of the airport parking (via D422 & D5-2) towards the E71 road and from there A1, E65 to D522. Follow the signs to Plitvice Lakes. The road directions are well-marked and you should have no difficulty reaching the main entrance to Park (see where to park your car once you arrive).

Train from Zadar to Plitvice Lakes

It used to be a train that connects Zadar via Knin to Zagreb which was stopping on its way to Plitvice train station. However, it was discontinued, so at the present, the only option for train travel is to get to Split and from there by train to Zagreb and then to Plitvice.

The above map shows Zadar’s main bus terminal and entrance to the National Park. 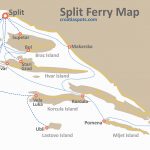 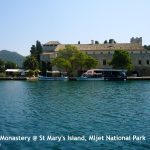 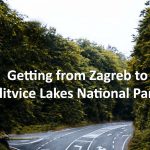 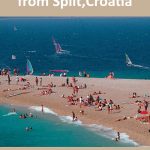